The heart and soul of our business is producing clean, healthy, nutrient rich food for people around the world.
Bio-Integrity Growers Australia is a family owned and directed company, with people that love the land, the life that it supports and food that it produces at its core. Our foundations are built on generations of food production in the Western Australian wheatbelt. The heart and soul of why we are here doing what we do is our specific focus of producing clean, healthy, nutrient rich, food for people.
Our objective is regenerating agricultural landscapes through grower and consumer involvement, where life in the soil becomes the primary driver of production. We know that as growers, our ability to harness natures cycles and encourage life to flourish productively is essential to all. So we respect fundamental ecosystem processes and abide by a set of guiding principles which enhance life supporting ecology. As an outcome we are able to produce clean, healthy nutritious food for people.

Bio-Integrity Growers Australia are a family owned & directed farming company with a holistic focus on restoring plant and animal ecosystems, producing premium food and optimising human health. We are working to develop a greater awareness of ethical, sustainable farming practices by educating growers and consumers about the benefits of food produced through biological means. We also provide strategic partnerships and education for farmers interested in converting from conventional to sustainable farming practices. For more information about our Bio-Integrity Growers Australia please watch our video!

The basis of our production is in cereal grains such as wheat, barley and oats, combined in balance with livestock production such as sheep and cattle. The methods of our production are 100% biologically grown crops integrating time controlled grazing, generating a holistic approach. We are here to bring together Growers who farm in this particular way with consumers who desire better, more nutritious, ethically produced food. We do this through targeted market access. We work directly with food processors both domestically and internationally and build on lasting relationships. We place the utmost importance on integrity both in the food we produce and the way we produce it. 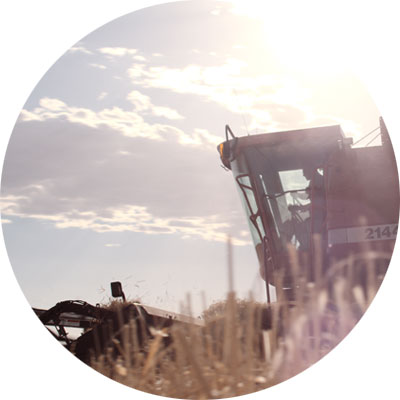 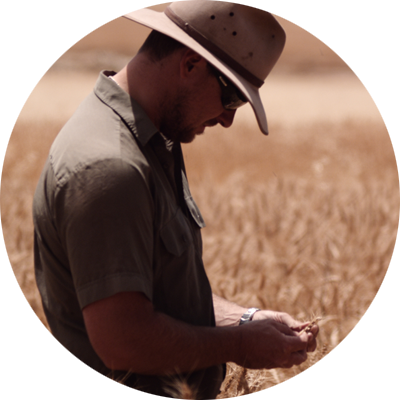 When I was a boy growing up on a farm, I spent a lot of time with my grandfather, while my father and mother worked. We spent countless hours walking through the fields and up into the hills and woods, looking for life in the trees, under rocks, in the soil and anywhere we could find it. Exploring and enjoying all that nature had to offer. As I grew up this always stayed with me. He passed away and I went to school then onto university, to be educated in these things I so much loved as a boy.

However upon leaving university as a man, I was concerned even daunted at the proposition of implementing an industrial type approach heavily reliant on toxic chemicals and synthetic fertilisers, upon the land that I loved so much and was full of so much life. For years I had been taught that this was the best way to be a good farmer.

I just had this gut feeling deep down inside me that to do this was not the best way, but that there was a better way. So I followed my intuition and learnt to respect life, the environment, and to listen to its subtle signs to know exactly what it needs. These things I was never taught at school or university but then, as time went by I began to find different teachers. Teachers who knew about the way landscapes function and the importance of its connection to life. So then My “REAL” educational journey began.

Now I’m married and with a family of my own. I have learnt a lot about lifecycles and landscapes and it’s my turn to apply this knowledge and give it to those that are interested. Producers and consumers alike. For the hope of setting the foundations of a better future for all, for generations to come. And most importantly for our planet earth.

Whilst coming from long family backgrounds of farmers neither Ian nor Di were fortunate enough to inherit a farm and purchased their own 660ha of land in 1994 next door to Di’s parents. It was in the years immediately prior to purchasing their farm whilst owning and operating a roadhouse in the Kimberley of WA that Ian and Di were exposed to some interesting ideas on land management through their contact and friendship with Robyn Tredwell of Birdwood Downs Station (Robyn was the 1995 ABC Rural woman of the year). Her views on using livestock as tools to “Feed, Seed and Weed” the land, along with knowledge supported by information and guidance from Jane Hinge penetrated deeply into Ian and Di’s psyche even though not involved with a rural enterprise at the time.

Purchasing a farm took all the young couple’s capital reserves so for the first few years they share-farmed their land with Di’s father and worked in return for use of machinery to grow their crops.

Whilst successfully farming conventionally in the 1990’s and slowly beginning to piece together a working plant, it didn’t take long for them to realize that moisture in the soil was king for profitability and that hanging onto that moisture was critical to make a viable crop out of a poor spring. This fact along with a questioning mind and noticing that there were discrepancies between their soil test and tissue test results, sparked a drive for real answers. Observing increased risk margins with increasing input costs and unreliable seasons, they knew it was change that was needed.

Ian and Di then embarked on learning how to improve soil health in the cropping program. Dr Elaine Ingham’s message of the miracle work of soil microbiological communities in providing optimum balanced nutrition to plants and prevention of disease and insect attack through soil health resonated with Ian and Di.

In 2009 and 2010 Ian and Di were privileged to be introduced to Dr Christine Jones and Dr Maarten Stapper who had considerable knowledge on working soil health principles into Australian agricultural environments. Dr Jones’ “liquid carbon pathway” answered many questions of what was happening within the soil to improve its friability and moisture holding capacity. This was confirmed with deep soil carbon testing in 2012 that confirmed observations with numbers. It was this knowledge along with an interest in utilizing livestock better to “feed, seed and weed” that first triggered Ian and Di to embark on what has become a life-long passion to farm, hand-in-hand with natural processes as best possible, whilst maintaining a profitable farm business and improving natural capital.

Arden Andersen’s message of the direct link between soil health and human health outcomes rang alarm bells to Dianne as an Occupational therapist practising Early Intervention Paediatric and Aged Care Occupational therapy as the preventative model of health care was firmly entrenched. This was the beginning of an intense learning curve where Ian and Di pursued the knowledge of many other international and national scientists, leaders in the field of soil health and in particular its relationship to animal, human and environmental/global health. 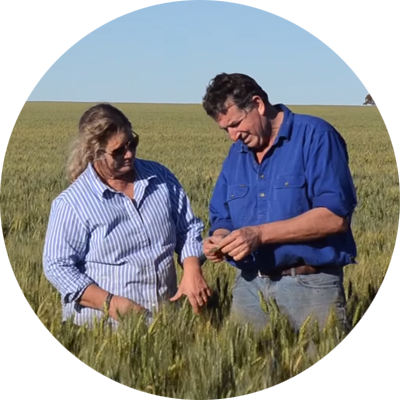